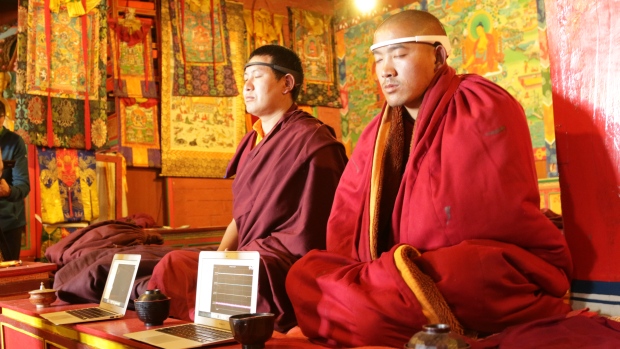 British Columbian scientists who recently trekked into Tibet to study the impact of meditation on monks have returned with research that suggests the practice can increase long-term brain function.

University of Victoria neuroscientist Olav Krigolson, along with Gordon Binsted, dean of the faculty of health and social development at UBC Okanagan, led the study that monitored the brain activity of 27 monks while they meditated in their monasteries online collaboration tools.

Each monk was outfitted with a headband-sized electroencephalography (EEG) system. The devices recorded alpha, beta and gamma brain activity. 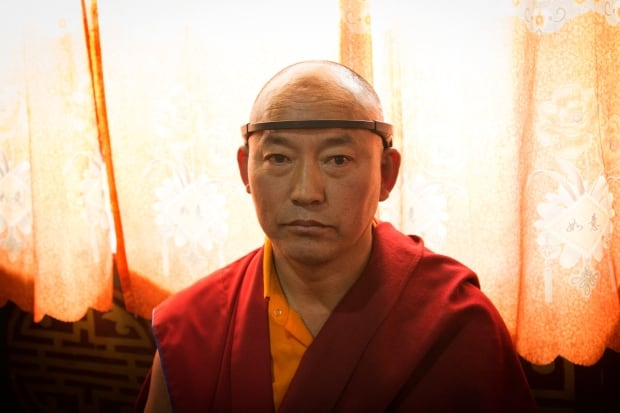 A monk at the Namche Monastery prepares to meditate while wearing the EEG headband that will monitor brain activity. (Kait Mikes)

Krigolson and Binsted’s observations of the monks indicated that when people meditate, parts of their brain turn on and this can have lasting and positive results.

“[The monks] spent their lives dedicated to meditation, which is actually a really interesting way of changing brain function,” said Binsted. “Meditation changes how the brain works.”

Binsted suggested that individuals outside of the monastery could also benefit by training their brains using meditation, although he acknowledged they may not have the same long-term results as the life-long practising monks.

But he said what the study’s findings do show is promise that, over time, the brain can be trained to have lasting benefits that extend beyond the immediate moment of meditation.